Last Sunday all roads led to Cusack Park, Mullingar as Castledaly took on the mighty Garrycastle in the Shay Murtagh Senior Football Champion Final. There was a great atmosphere. All the fans cheered as the Castledaly men ran on to the pitch.

The Garrycastle team were strong but Castledaly were stronger. They were an excellent, skillful team who had a never give up attitude. They were nervous at the start but later settled down. They didn’t show any weakness in their defence and had great determination.

Both teams played their hearts out for the whole sixty minutes. At half time there was nothing to separate the sides. Castledaly 0-06 Garrycastle 0-06.

In the second half goalkeeper, James Kinahan, pulled off some brilliant saves. At full time Castledaly 0-010 Garrycastle 0-08.

James Galvin (capt) was the first person to lift the Flanagan Cup for Castledaly. Also Enda Kelly picked up the man of the match award after his superb performance.

After the match the Castledaly players went to the Grand Hotel in Moate to start their celebrations. This was followed with a bonfire at Castledaly football pitch. It was a day I’ll never forget!! (Alan Henson – 4th Class pupil). 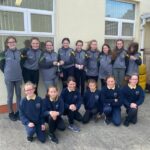 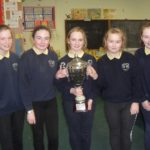 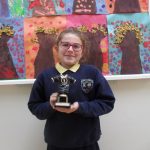 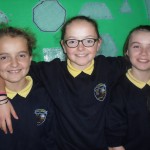 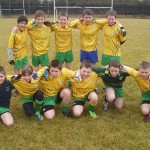